This weeks’ polls show the Biden Administration
accomplished a new feat — his approval rating dropped to an
embarrassing 29%, with nearly twice as many people thinking he’s
incompetent to do the job Democrats elected him to do!

* The Biden Administration is inviting illegal
immigrants to flood across our border, as more of our young
people are dying of fentanyl connected to the drug cartels;

* Gas prices and inflation are stretching Americans’ budgets
tighter than ever;

* Outrageous housing and energy costs are pushing seniors and
families closer and closer to homelessness;

* Crime is on the rise, while Biden and Democrats in Congress are
still working to defund our police.

* A recently uncovered voicemail cast doubt on
the President’s original assertion that he had no involvement in
his son’s business dealings.

* He drained our emergency strategic oil reserves to sell it to
China, but he’s refusing to greenlight the Keystone Pipeline and
ramp up domestic energy production.

* Biden is coordinating a massive effort to mobilize Congress to
pass sweeping abortion legislation that would undermine the Supreme
Court’s landmark decision this month.


This Is Our Opportunity
=================================
November is coming! We don’t just need to best vulnerable
Democrats, we need to win every election possible to build the
most powerful conservative majority in 30 years and take the
Speaker’s gavel away from Nancy Pelosi.

Now is the time for Republicans all over the country to link arms
and join together. If you are able, please consider getting
involved ( [link removed] )
to help us build a strong conservative majority to
hold President Biden accountable and reverse the damage done by
Biden’s dangerous policies.

Paid for by Friends of Bill Posey 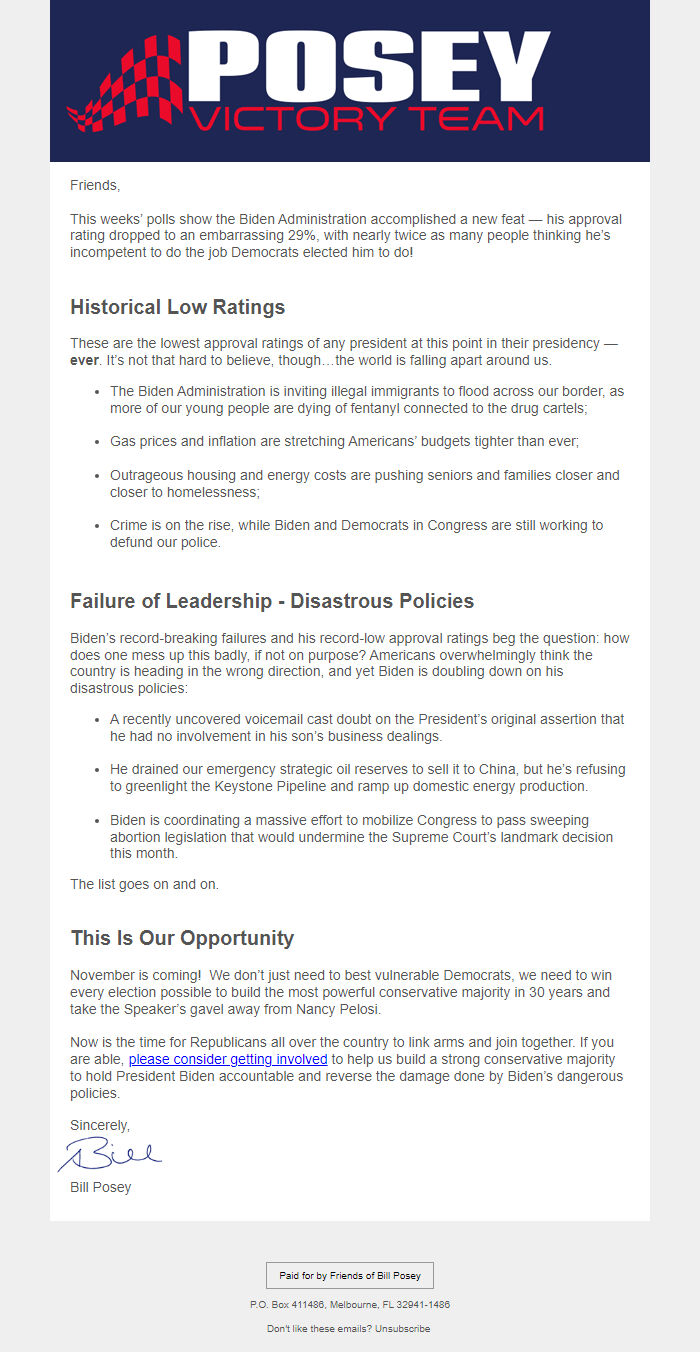