Hypocrisy Of The Left

It must be midterms. Democrats have called for a full reversal of two-year-old
mask mandates across major states and cities. The motto, which has been to
"follow the science", has been altered to "follow the political science".Help
us vote out these Democrathypocrites.
<[link removed]>

Democrat controlled states like California, New York and Oregon, whose leaders
have passed strict Covid-19 mandates and restrictions, have announced an end to
mask mandates.

Just before the State of the Union, Nancy Pelosi ended mask mandates in
Congress. The end of these mandates come as experts predict Republicans are
poised to take back Congress.

We can't afford to have a short memory. Democrats in states across the country
ordered mask mandates, businesses closed and put masks on our children. Now
they're trying to re-write history.

We need Republicans like Ben in Congress to hold Democrats accountable.
<[link removed]> 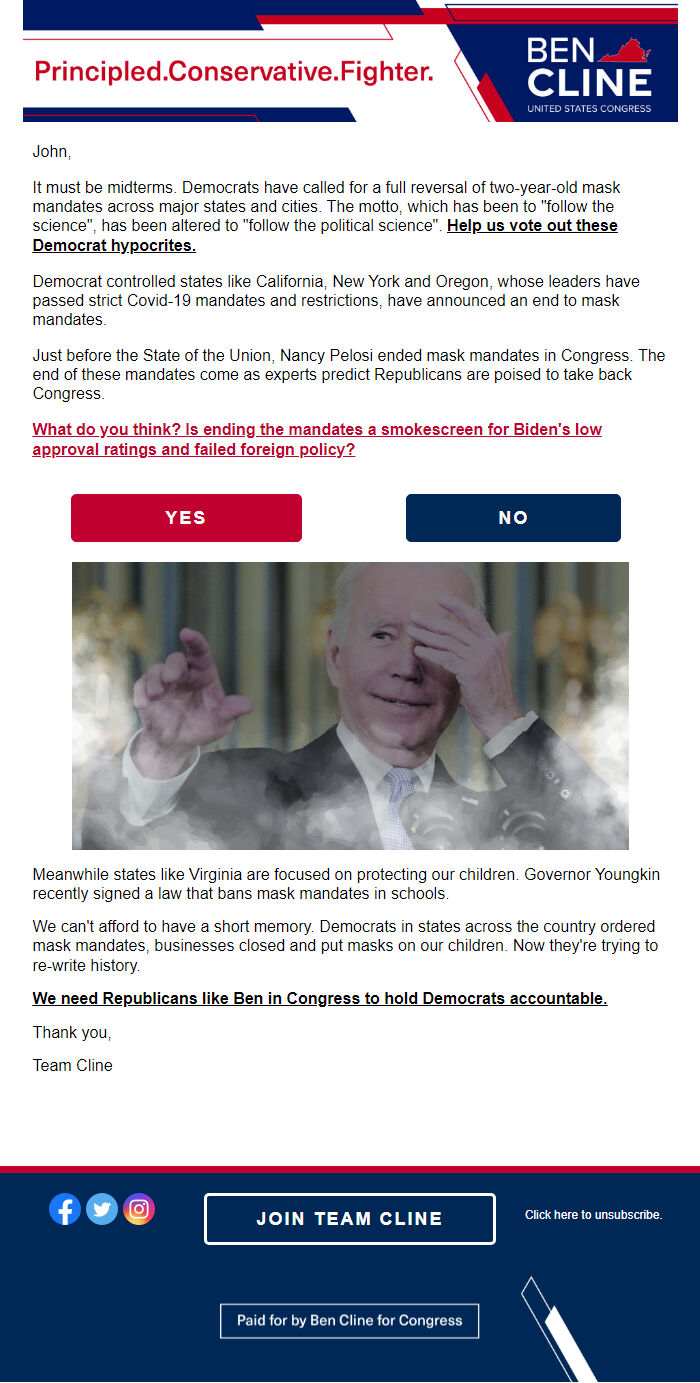