Joe Biden himself said he would never make vaccination mandatory…

BUT THEY WERE LYING THE WHOLE TIME.

Joe Biden may have been hiding out in his basement during the lockdowns, but
now he’s trying to make us do the same thing.

He even threatened to use force on anyone who didn’t “get out of the way.”

Paid for by Andy Barr for Congress

This email was sent to [email protected] 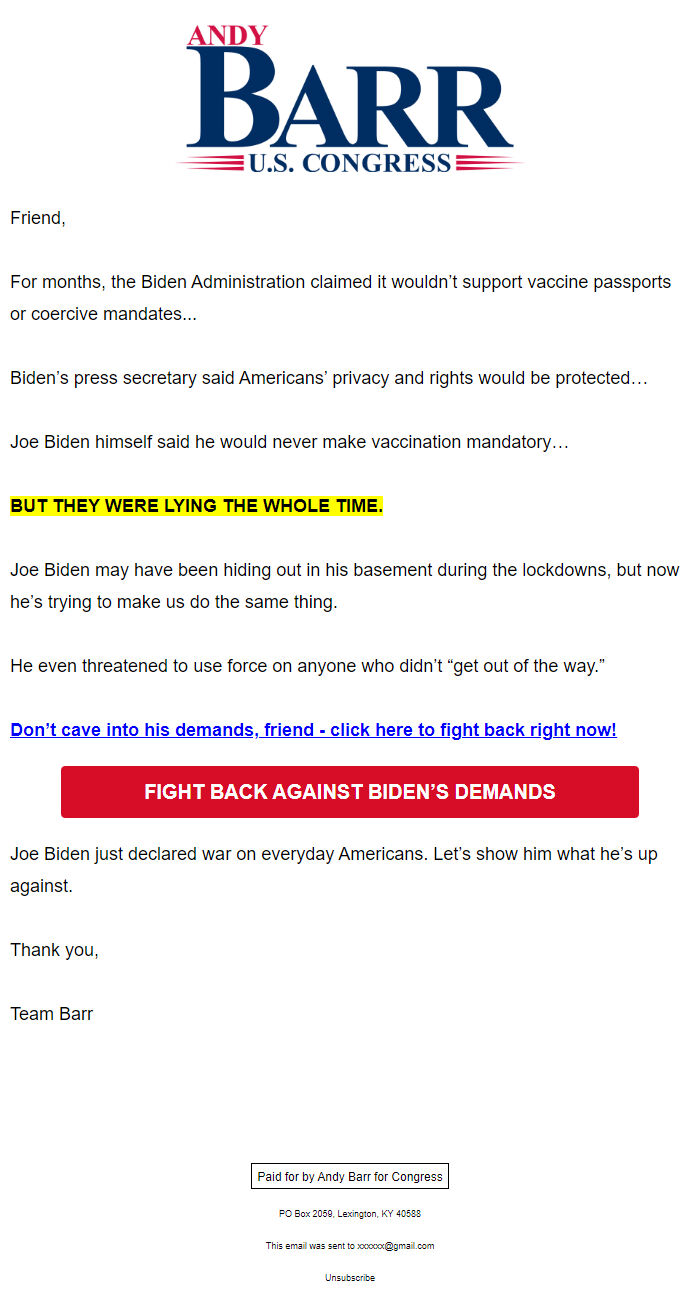